The first woman to race in Moto3 and Supersport 300, the first to lead a World Championship and the one who wants to overcome the last taboo: to simply be regarded in the same light as other riders 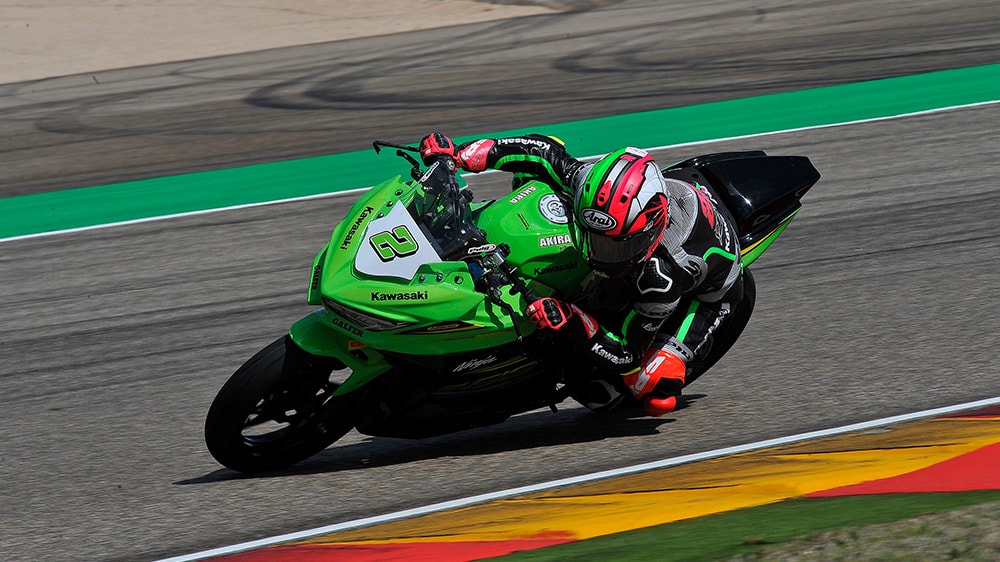 The moment Ana Carrasco loves most is when she picks up her helmet, puts it on and closes the visor. In those few seconds, she's confided to her friends, she doesn’t feel like a girl who’s gate-crashed a sport supposedly for boys. With her helmet on Ana is simply a World Supersport 300 Championship rider ready to hit the racetrack, just like all her opponents. The problem when talking about this 21-year-old Spanish girl is being able to do so without descending into the usual banalities about male/female dynamics and without overdoing the character worship. Because Ana Carrasco isn’t just a woman who races with men, but she’s also one who’s been setting records. She’s the first female rider to have ever competed in both Moto3 and Supersport 300, and the first to win points in Moto3. And this year, with her Kawasaki Ninja 400, she was the first woman to lead the table in the Supersport 300, the Superbike category for the upcoming young stars of world motorcycling, ahead of her male colleagues. 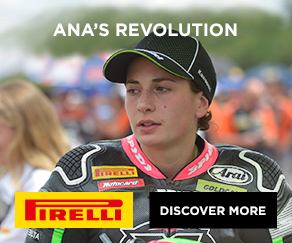 And if it’s true that two clues make evidence, then four make a certainty: her fourth-place finish at Assen, her sixth-place at Aragon, and above all her two triumphant wins at Imola and then at Donington tell us that the Spaniard really can live the dream of the world title, completing a revolution that was previously unthinkable for a sport in its entirety. Her way was paved for her in 2016 by the Finn Kirsi Kainulainen, the first ever woman to cross the finish line in a world championship race at the Pannonia Ring, Hungary, in her BMW sidecar. Carrasco is now going further: she’s proving that she can stay ahead also in the long-run – after five races she has a 20-point advantage over the second-placed rider in the table.

«In motorcycling physical strength isn’t everything», she explains with a matter-of-fact air, «I’m just proving that I can compete on a par with the others». She’s come a long way to arrive at this point.  Having a father who’s a mechanic, Ana had her first taste of the automotive world at the age of only three, when for the first time she climbed on to a mini-motorbike. Her life has always rotated around racing: at fourteen (the minimum age to take part) she made her début in the Spanish Championship, becoming the first female rider to win points in the competition. From there she stormed one level after another and on 7 April 2013 she made her début in the World Championship in Qatar, racing for the KTM team in the Moto3 category. That October, in Malaysia, she became the first woman to score points in that Championship as well. After a few difficult seasons in which she seemed to question her own abilities, she found her own dimension and the right challenge in the Supersport 300. And while her first victory in a GP, in Portimão in September 2017, was assisted by the mistakes and falls of her opponents, at Imola and Donington she dominated from start to finish, clearly demonstrating her technical superiority.

For a woman with a preordained destiny like her, who has now been living on two wheels for 18 years, the real challenge is no longer just a matter of beating her opponents - which she’s shown she can do - but also of defeating the last remaining prejudice in which she’s singled out for special treatment, as if she were more delicate or fragile than her male colleagues. Ana Carrasco today is quite simply a talented rider, in fact she's now the rider to beat.

Read more
Related Stories
From the racetrack to the road, a secret called Superbike
race
Pirelli puts its foot on the gas for the 2017 motorcycle racing season
race
Rediscovering the world
from a new angle
road
MOST READ
Getting the show
on the road