Acura gave the TLX its motorsport debut at 2020 Pikes Peak, with Pirelli 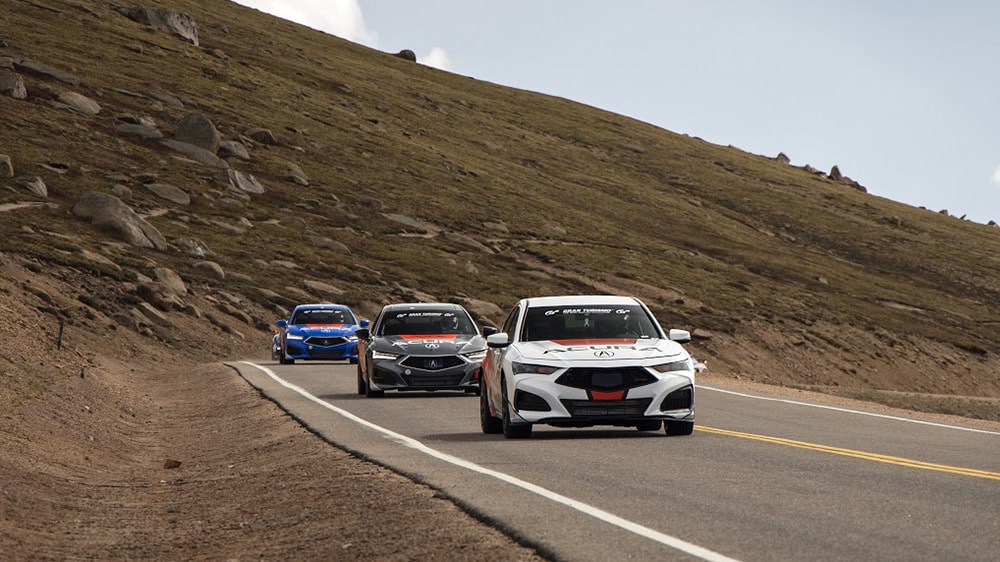 2020 was definitely a special edition for Pikes Peak, one of the most iconic races in the American Motorsport scene.

COVID-19 pandemic postponed the Hill Climb by two months. No fans were allowed on the mountain of Colorado. Travel restrictions cut the number of entrants down. But, despite everything, gladly, organizers were able to pull together an amazing race also this year.

For sure, one of the protagonists of this year’s edition was Acura, that made Pikes Peak the official motorsports debut of its extremely handsome new 2021 TLX.

Jordan Guitar, an engineer in the company’s Chassis Development Group, drove a TLX with a more powerful engine, thanks to a larger turbo and intercooler, and a more aggressive suspension setup with unique tuning for the Super-Handling All-Wheel Drive (SH-AWD) system.

There was also an early development prototype of the upcoming TLX Type S with a 3.0-liter turbo V6, which served as the hill climb’s official pace car.

Joining the sedans there was a specially prepped NSX in the Time Attack 1 class. Compared to the stock NSX, the Pikes Peak version sport's a larger rear wing, a more aggressive front splitter and 200 pounds of weight savings.

The second generation TLX has been fully redesigned for 2021. The standard model with a 272-hp 2.0-liter turbocharged inline-4 will be in showrooms end of September, and the Type S performance variant will arrive next spring.

Can’t wait to see it on the road! Of course, fitted with Pirelli tires (P7 All Season and P Zero, in particular). As we say, with Acura, “from the clouds to the road”!

Read more
Related Stories
Racing in silence: how the Smart e-Cup puts the focus on tyres
race
Virtual insanity!
race
Vintage Racing in America:
an inside look at the SVRA
race
MOST READ
FSC™, on the green side of the world since 1993

Independent and non-profit, the Forest...