A season of success on British shores

Pirelli supports a wide range of different racing and rallying competition in Britain: here’s how it all unfolded in the 2017 season 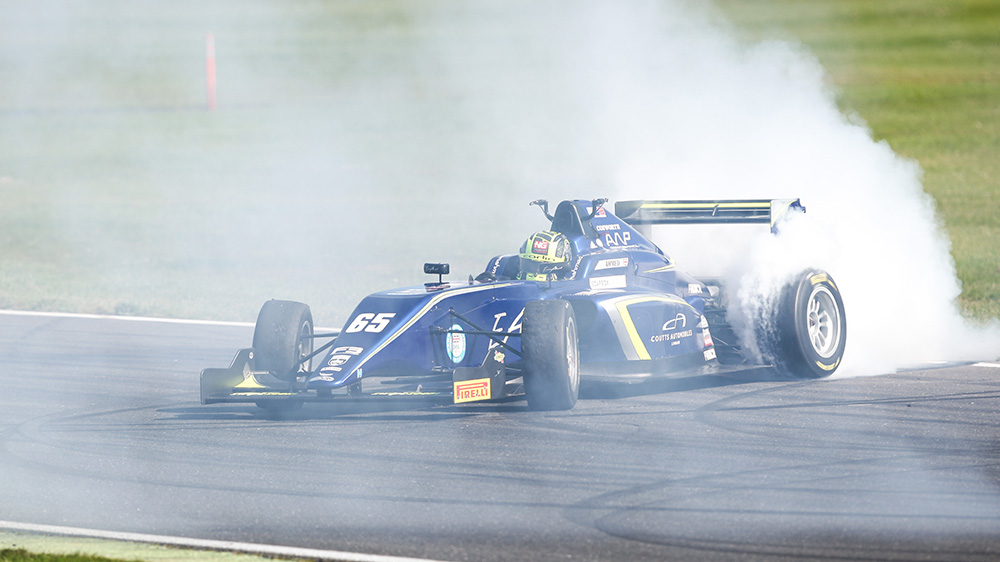 #Fit4GT, British style
As is true on a global scale, GT racing forms a key part of Pirelli’s motorsport involvement in the United Kingdom. One of the top national series anywhere in the world, the British GT Championship entered its second season exclusively supplied with Pirelli tyres and witnessed a changing of the guard. After the success of Aston Martin with Derek Johnston and Jonny Adam in 2016, the 2017 season in the GT3 class was all about Bentley versus Lamborghini. Jon Minshaw and Phil Keen were the men to beat early on in their Huracan GT3 thanks to great speed in the sprint races, but they were beaten to the drivers’ crown by Rick Parfitt Jr and Seb Morris, who were particularly strong in the Bentley Continental GT3 in the championship’s endurance races. That included victory in British GT’s blue riband event, the three-hour Silverstone 500 race.

The competition was also strong in the GT4 class: an increasingly popular route into professional racing for young drivers. It was two rookies who excelled here, with Will Tregurtha and Stuart Middleton taking the title both aged just 17, as the youngest pair of champions in British GT history. While they took the Ginetta G55 GT4 to victory, the McLaren 570S GT4 was also a race winner with no fewer than three different teams.

Pirelli’s link to UK sportscar racing also extends to the GT Cup Championship: in fact, it’s a relationship that has already lasted for eight years and is set to continue for at least two more. Variety is one of the keys to GT Cup’s success, with a wide range of machinery – all on P Zero tyres – accepted into four different groups, and a special points system means drivers from any group can win the outright championship.

Graham Davidson took the title in his McLaren after a number of overall victories, beating competition from Ginetta driver Dominic Paul, who won the GTA group. Lamborghinis were driven to the GTC and GTB titles by Jake Rattenbury and Neil Huggins respectively.

The Porsche Club Championship is devoted to models from the famous German manufacturer, and 2017 was a head-to-head between returning driver Mark Sumpter and Mark McAleer, with both driving the classic 996. In an exciting deciding round at Castle Combe, McAleer clinched the title he previously won in 2007, and there was double celebration for the McAleer family with Mark’s son Jake taking the class two title in a Boxster S.

Future F1 stars found?
British GT tours the country with the BRDC British Formula 3 Championship, the nation’s premier single-seater championship and part of the ladder of Pirelli-supplied series that can take drivers all the way from karting to Formula 1.

This year the star of the show was Enaam Ahmed, with the 17-year-old from London excelling in his second season in the series, taking 13 victories with the illustrious Carlin squad. Having emphatically shown his potential, he is looking to further his career in Europe in 2018 and continue his path towards F1.

A number of other drivers impressed during the year, including the consistent runner-up James Pull, Welsh ace Ben Hingeley and American prospect Cameron Das, who came to Britain after winning the Pirelli-equipped Formula 4 series in the United States. Jordan Cane also shone with three wins after making his debut mid-season following his 16th birthday, and Jamie Chadwick made the podium following her switch from GT racing.

The Pirelli-supplied single-seater action on England circuits also includes the F3 Cup, which attracts a wider range of ages and experiences, and also a number of different chassis. Taking glory in 2017 was Italian driver Jacopo Sebastiani, who enjoyed a consistent first part of the season before a hat-trick of wins at Snetterton in August enabled him to pull clear of the opposition.

Rallying triumphs on all fronts
In the British Rally Championship, Pirelli’s focus this year was on supporting young up-and-coming drivers such as Josh Cornwell, who starred in the new Cadet class. In fact, there was a Pirelli 1-2-3 in this category with Tom Williams and Alex Waterman also tasting victory. In the Junior class, Oscar Solberg – the nephew of 2003 world champion Petter Solberg and son of Henning – showed promise with third place overall in his first year competing on British stages.

Sam Moffett kept Pirelli on top in the Irish Tarmac Rally Championship, where brother Josh also enjoyed success alongside his outings in the European championship. On gravel, Pirelli also defended its title in the BTRDA Rally Series across England and Wales, with Stephen Petch this time claiming glory in his Ford Fiesta WRC. In the Scottish Rally Championship, where Pirelli is the official tyre partner, Euan Thorburn triumphed in a close battle with Jock Armstrong.

Pirelli furthered its domination of the historics category, where Jason Pritchard delivered an unprecedented third straight British championship. He had to fend off stiff competition from fellow Ford Escort driver Nick Elliott, who won four events on the bounce after teaming up with Pirelli at the start of the year.