The hugely-successful Blancpain GT concept continues to grow around the world, built on a popular formula of close and exciting racing between numerous prestige manufacturers, all using Pirelli tyres. In 2019, the European-based Sprint Cup and the Asia championship (which began in 2017) will join with the Pirelli World Challenge in the United States to form the new Blancpain GT World Challenge 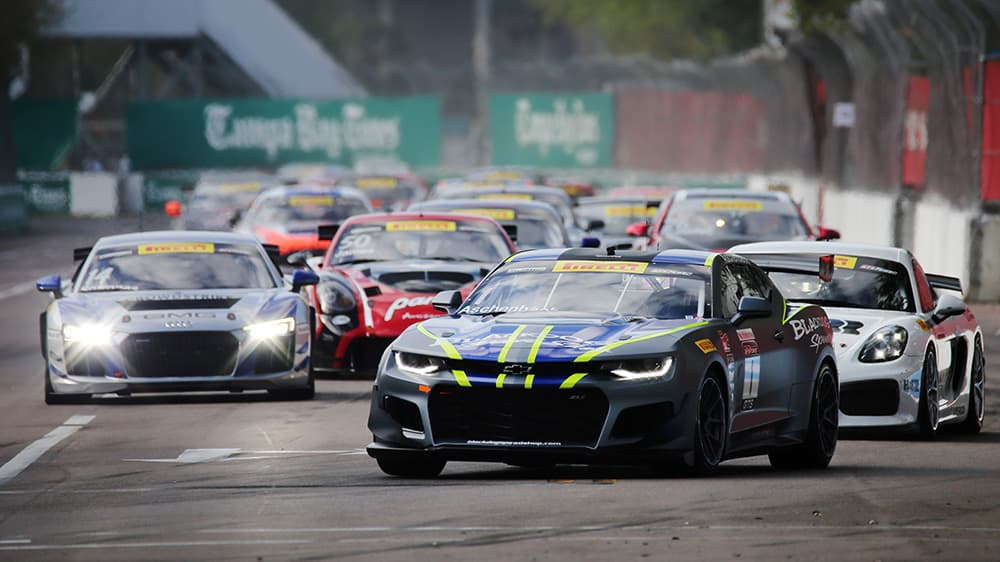 The World Challenge has run in the United States since 1990 for a wide range of different types of car, but GT3 machines like those used in the Blancpain GT Series have gradually become the ones to have. Where American brands like Chevrolet, Dodge and Cadillac were successful in the past, it is now famous European marques on top, with Ferrari, Porsche and McLaren claiming the last three titles. With those manufacturers have come some of the world’s top GT drivers, with Portugal’s Alvaro Parente and Finland’s Toni Vilander – a close friend of Kimi Raikkonen – among recent champions.

The GT4 class for cars closer to road-going specification has also proven to be increasingly popular Stateside, and next year its gets a dedicated series: Pirelli GT4 America. Like Blancpain GT World Challenge, Pirelli GT4 America is part of the SRO Motorsports group.

It brings the total number of SRO competitions supplied by Pirelli up to 12. This long-term global partnership with SRO – which has recently been renewed until 2023 – underlines Pirelli’s capability of delivering performance tyres to a wide variety of the world’s top automotive brands, both on the road and the race track. Not only that, but Pirelli has been instrumental in ensuring a solid platform for the balance of performance: the system that ensures fair and close competition between the widely different cars.

“Pirelli is a valued long-term technical and promotional partner for all our championships,” says SRO founder Stephane Ratel. “We’re delighted to take our collaboration to the next level by offering drivers in America the chance to gain global exposure and boosting entries still further by making the American series the passport to the Blancpain GT World Challenge. The new Pirelli GT4 America series is also an exciting addition to the portfolio, in one of the fastest-growing categories. At the forefront of both these new championships will be P Zero tires, offering our competitors performance, reliability, and prestige – as they have always done.”

North America has its fair share of great circuits and the Blancpain GT World Challenge America calendar will reflect that. It includes the USA’s modern Formula 1 venue, the Circuit of the Americas, which will host the opening round on March 1-3.

Some of the country’s more classic tracks also feature, including Sonoma, Watkins Glen and Road America: circuits that you can find some of the world’s leading GT drivers, teams and manufacturers tackling during 2019.