What’s the number one destination for Formula 1 in Canada? It’s probably not where you expect… 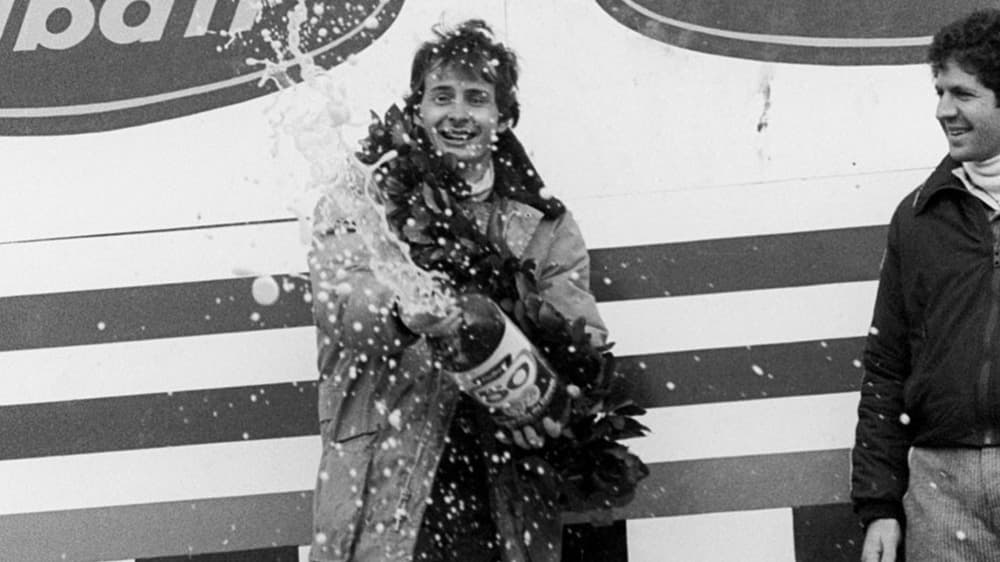 Hitting the road
There’s one place in Canada that every true fan of Formula 1 should visit, and it’s actually a good hour away from Montreal, heading northeast up the Autoroute 40 towards Trois-Rivieres (another iconic name in Canadian motorsport, but that’s another story)…

Drive for only a few minutes out of Montreal’s city limits and you soon stumble into the Canada that most race visitors don’t see; endless kilometres of blacktop, punctuated by small towns and signs to other larger settlements, with distances generally measured in the hundreds.

Going from the intimate confines of the grand prix circuit on the Ile Notre Dame to the cramped but beautiful historic centre of Montreal, with its stone buildings, alleyways, and endless grand prix parties, it’s easy to forget how big Canada is: the second-largest country in the world by land mass.

But it doesn’t take too long to get to Berthierville – the home of Gilles Villeneuve – and considerably less time to get the measure of the place. There’s just one main street, where the Villeneuve museum is located, surrounded by a gently sprawling patchwork of typically American stores and houses, complete with gardens and drives. It’s a quiet place inhabited by gentle people; their accents as thick and impenetrable as the maple syrup that covers many of the local culinary specialities.

Back to his roots
In Berthierville, it’s not unknown for winter temperatures to dip below minus 30 degrees centigrade, which is why Villeneuve – like so many of his fellow Canadian racers – started his sporting career on snowmobiles before converting his natural feeling for speed and sliding into cars. Villeneuve made his name in Formula Atlantic, something that was quite close to Indycar, thanks to some spectacular successes in the 1970s. From there he made the move into Formula 1, and the rest is history.

But it's the history of those early years that is faithfully chronicled in the museum, opened in 1988, which is what makes it such a worthwhile visit. It’s not a museum in the ordinary sense: more a collection of random artefacts stuffed into a small industrial unit (in fact, a former post office) in no particular order. And that’s the charm of the place.

Here you can see Gilles’s first snowmobile, as well as the oversized jacket he borrowed from his manager when he stood on the podium after winning his first race, the 1978 Canadian Grand Prix, and it started snowing.

There are other, more personal, items too: his first Ferrari contract, which was laughably just a few sheets of typewritten paper outlining some very loose terms, his driving licence for the road in Canada, a number plate from one of his cars, his favourite skis, some helmets, and a few school certificates and books.

Home is where the heart is
There are cars too, of course, but not that many of them, for reasons of both space, and – no doubt – expense. His Formula Atlantic car has come home, as well as his first Formula Ford, and there are a few cars that belonged to his son Jacques too: including (surprisingly) his Indy 500 winner. But the biggest car there was also Gilles’ favourite: an enormous, bright orange Ford Bronco 4x4, which he used to take off-roading with friends across the windswept back country of Quebec, away from the bright lights of Formula 1.

When Villeneuve eventually moved to Monaco (a rambling villa called La Mascotte, right on the eastern edge of the principality in order to be as close to nature as possible) the Bronco came with him, where it was a regular sight trundling down the Corniche, or, more likely, assaulting an Alp…

As everyone knows, the story of Gilles was that of a life less ordinary, destined for a tragic and premature conclusion in an anonymous Belgian hospital, an ocean apart from the infinite skies of his real home.

But what brings that life into such poignant focus, even 37 years later, was just how simple, cherished, and ordinary those home surroundings once were. Highlighted today by the everyday mementoes of his early life and passions; all carefully contained within the small former post office. You don’t really know Villeneuve until you come to Berthierville, but you don’t even realise that until you’ve been. And that’s fitting because written on nearly every Quebec number plate is a constant reminder to keep history alive: Je me souviens.