A long passion
for challenges 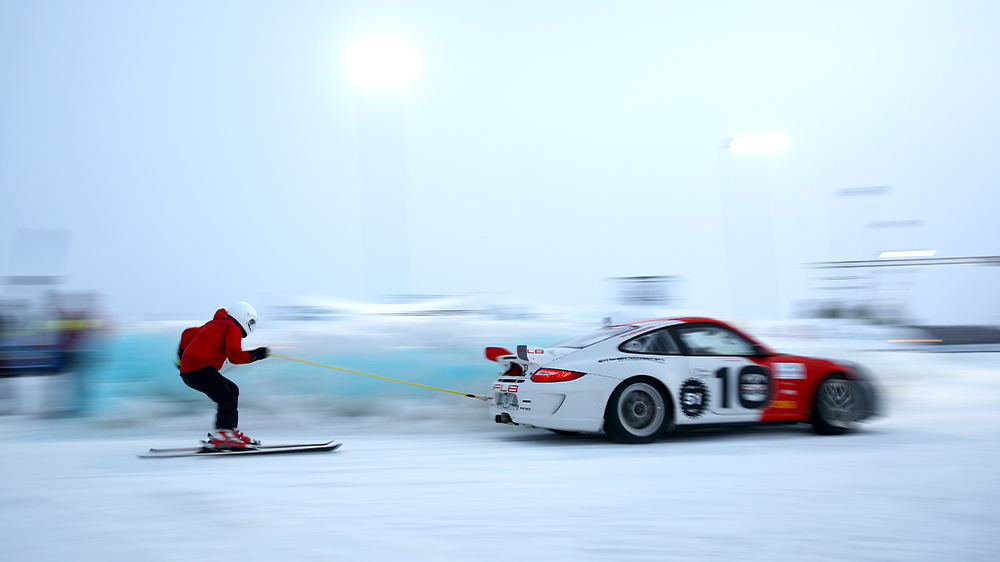 What do you feel when driving on ice?

I am a complete rookie to the ice Growing up in Southern California I only ever saw snow at my home 1x in my life. I am hoping my experience racing and driving in the dirt helps me to learn quickly! I have raced the Baja 1000 as well as tested rally cars, sprint cars and stock cars in the dirt.

Aren't you afraid of making a mistake, isn't it easier to make mistakes on ice?

For sure!  In racing, the goal is always the same though, to go as fast as you can based on the grip available to you.  This is a direct connection between the driver and the feedback he gets from his tires.

Do you prefer ice or asphalt?

How do you set up a curve on ice?

Soon to learn this answer.​

When did you start racing?

1990 in Karting. I began racing karts at eight after driving my first kart at six. I went on to capture several state and national titles and raced in the Belgium Junior Championship where i finished second. In 1997, I became the lead driver for SSC Racing winning the IKF Formula A title and the WKA Constructors’ Cup. I moved to Europe to pursue my career at age 16. Once in Europe, I gained recognition by becoming the first American (in 1998) to win an International European karting event in 20 years.

What emotions were running though you when you sat in a kart as a kid?

Many: Lust. Independence. Challenge. Freedom. Attraction. I feel the same emotions now, and also similar feelings when I drive or race vintage cars.

Who was your idol?

Drivers who could race and win across many disciplines:American racing driver, constructor and team owner Dan Gurney, who reached the highest levels of racing including Formula 1, Indy, Sportscars and NASCAR. Mario Andretti, the motorsport legend who won the Indianapolis 500, Daytona 500 and F1 World Championship. And retired American racer AJ Foyt, the only driver to have won Indianapolis 500, Daytona 500, 24 Hours of Daytona and Le Mans.

Will you teach your children to drive like a professional?

I only plan to support their desires and plans.  Pushing them into racing isn’t my goal. Currently my son is most passionate about BMX bicycle riding on track.  It’s good, cause it’s inexpensive and teaches him many of the important aspects of racing and speed.

What was your most memorable victory?

Le Mans 2007 with my mate Richard Lietz. Le Mans is a world-sporting event. For someone who makes his career in ** Sportscar**racing, it is just the top by far.

And the victory you wish you’d achieved, but slipped through your fingers?

GT race at Indianapolis 2013. We lost the gearbox after a spirited fight to the front of the field.  Nothing we could have done differently, it’s just part of racing.

You are also a collector. Which car did you fall in love with?

If you could choose one race car drive, which would it be?

Porsche 908/3 at Targa Florio or the Nurburgring Nordschlife.