Now that Formula 1 pre-season testing is over, here are five extra things we’ve found out about the season ahead 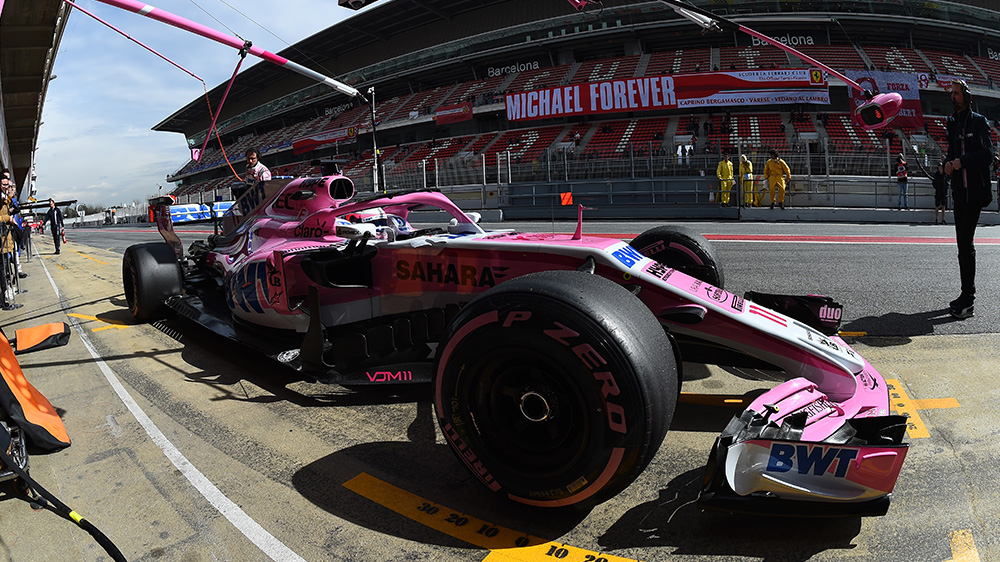 After the first pre-season Formula 1 test in Barcelona, we discovered a few different things that could be useful pointers this year: including the perfect way to build a snowman. With better weather during the second week, here is what else we now know:

1. Hypersoft is hyper
Sebastian Vettel’s best time of 1m17.182s during week two didn’t just break the previous lap record: it utterly annihilated it. And on the day he set that time, using the Pink hypersoft of course, nobody else could get within a second of him. Of course, all the usual different caveats during testing apply: he was almost certainly on a lighter fuel load to his direct rivals, and you never know the different programmes and specifications that each team is running. But you can’t argue with the headline numbers, and Vettel has set the benchmark very high. After the rain and cold last week in Barcelona, we said there would be much more to come from the hypersoft – and so it has already proved.

2. What the performance gaps are between the compounds
There’s obviously no such thing as ‘one size fits all’ when it comes to the performance gaps between the compounds: it always depends on the circuit and the circumstances. But we’ve got an idea now about the differences between the 2018 compounds in Barcelona. The Pink hypersoft is around 0.7 to 0.8 seconds per lap quicker than the ultrasoft, which in turn is around 0.6 seconds faster than the supersoft. There’s a difference in the region of 0.4 seconds between supersoft and soft, while 0.8 seconds separate the soft from the medium. The medium is in fact the only tyre that’s unchanged since last year, as it’s essentially the 2017 soft. The gap to the hard tyre is trickier to work out, as there wasn’t a lot of running on it in Barcelona.

3. The Spanish Grand Prix will be very different this year
The resurfacing of the track, which has left it much smoother, has changed the character of the circuit – and not necessarily for the better according to some drivers, who used to like the challenge of the bumps. Again, with brand new cars relative to last year, it’s hard to compare directly but Mercedes driver Lewis Hamilton summed it up well: “Both the car and the track are a lot faster compared to last year’s race here. In my last run during my race simulation in testing, I was doing lap times of 1m19s: that’s my qualifying time from 2017 every lap.”
Wow.

4. Maybe there’s no need to move winter testing to the Middle East
After the apocalyptically cold conditions of the first week in Barcelona, where Karl the Snowman (built by Mercedes) was the hero, many people said that European testing in winter was fundamentally incompatible with Formula 1 – and that we should look to the Middle East for better weather. But during the second week, it was even warm on occasions, with sunglasses spotted in the paddock (and not just on the people who wear them all year round). With most teams regularly clocking up more than 100 laps each per day, the general consensus was that the bad weather hadn’t really affected their preparations for the season ahead: in fact, the majority were looking in considerably better shape than they were at this time last year. So perhaps winter testing in Europe isn’t quite dead yet.

5. There are still a few surprises to come
The full competitive order, especially in the midfield, is yet to emerge. Fernando Alonso’s second-fastest time for McLaren on the final day of the test (again using the hypersoft) served notice of intent: especially as McLaren delivered very much a ‘launch specification’ car to Barcelona, which will look quite different in Australia. The same applies to Force India too – and who knows which other upgrades will quietly arrive at the Australian Grand Prix on other teams, to shake things up a bit? There’s bound to be more coming for Williams – which has had quite a low-key start – while the potential shown by the Toro Rosso-Honda package during the first week was underlined at Barcelona during week two.