Nobody ever thought that the Spa 24 Hours was easy. But this year’s event might just be the most challenging one held through its 96-year history 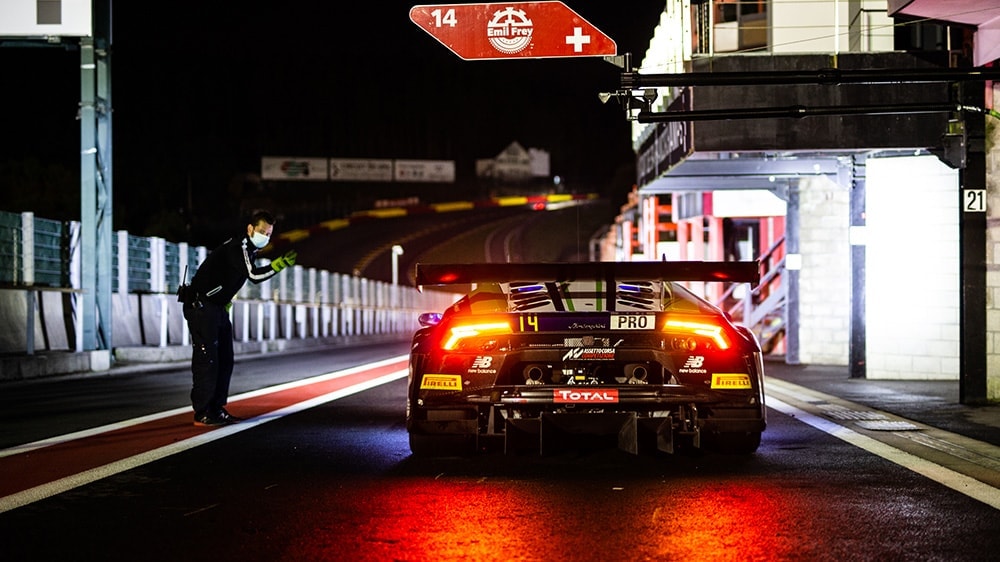 The sporting calendar of 2020 has been hit by many postponements and cancellations as a result of the global pandemic, and it hasn’t been any different for motorsport. That’s meant many events running at a different time of year to usual: like Formula 1 visiting Barcelona for the Spanish Grand Prix in August instead of May. Another major race to be impacted is the Spa 24 Hours, which has been moved to October 24-25 from its usual July date.

Much about this year’s Spa 24 Hours, an event that was first run in 1924, will be the same as always. It’s still the biggest race in international GT racing, the jewel in the crown of the GT World Challenge Europe season, and also counts towards the Intercontinental GT Challenge. The entry list is strong, featuring a total of 56 cars from 11 different manufacturers. As usual it’s the biggest event of the year for Pirelli too, with around 13,000 tyres to be taken to Spa in a fleet of 30 or so trucks – to supply not only the headlining GT3 class, but also the European GT4 championship and Lamborghini Super Trofeo. To look after them all, Pirelli brings 100 or so people: nearly double the number that come to a Formula 1 race.

A date with destiny

The change of date however could just make this the most challenging Spa 24 Hours yet. When F1 unexpectedly went to Spain in the middle of summer, due to a calendar that was rejigged by the Covid pandemic, searing heat was the main consideration. But with the Spa 24 Hours now moving deep into autumn from its regular date in July, it’s weather of a very different kind that the teams and drivers will be braced for.

Spa-Francorchamps is known for fickle weather: rain is always a possibility during the race and the conditions could be even harsher on this occasion. Only one thing’s for certain: there will be no repeat of the record-breaking heatwave experienced in the days leading up to last year’s race, which was then suspended for several hours because of torrential rain.

There’s also another important consequence of racing at a different time of year that is specific to 24-hour racing: the proportion of the race that is held in darkness. In July, there are more than 15 hours between sunrise and sunset at Spa. For this year’s October race, that will be down to just 10 hours. So over half of the race will take place in darkness: an additional challenge for the drivers on one of the most demanding circuits around. Spa in the autumn will be very, very dark.

Pirelli will be prepared for every eventuality, equipping all of the GT3 cars with the new-for-2020 P Zero DHE tyre: an evolution of the previous DHD2, with modifications designed to make it even more versatile for the wide variety of GT3 cars and drivers who use it. The Cinturato WH tyres will also be on standby for that anticipated wet weather. Don’t be surprised to see them a lot during the race: although a surprising meteorological statistic is that there is less rain in October than in July at Spa. However, there are more rainy days: meaning that it’s more likely to rain, but the rain probably won’t be as intense as the summer storms that are typical of July.

“Racing the Spa 24 Hours in October will be a novel and challenging experience, where nobody is going to be sure exactly what to expect,” Matteo Braga, Pirelli racing technical manager, explains. “The weather will be a very big question mark, and it wouldn’t be a big surprise to see some neutralisation periods, as was the case last year. More than ever, this year’s race will be all about survival and getting to the end, using the right strategy as well. It’s probably going to be the most closely-fought race that we’ve seen so far at Spa: which always produces tight competition anyway.”

Perhaps the most incredible thing about the Spa 24 Hours is that after a whole day and night of racing, the gaps at the end are often measured in just seconds. Restrictions in place because of Covid mean that spectators won’t be able to watch this year’s race trackside at Spa, but fans will be able to watch all 24 hours streamed live – without getting wet. And with the chance to switch on the lights as well if it all gets a bit too dark.

Read more
Related Stories
Acura gave the TLX its motorsport debut at 2020 Pikes Peak, with Pirelli
race
Racing in silence: how the Smart e-Cup puts the focus on tyres
race
Vintage Racing in America:
an inside look at the SVRA
race
MOST READ
This is how Pirelli Design's unique products come to be