2017: the technological revolution in F1 from the perspective of the tyres

Not just new cars, new aerodynamics and new technical regulations: Formula 1® looks to the future and gets bigger... beginning with the tyres 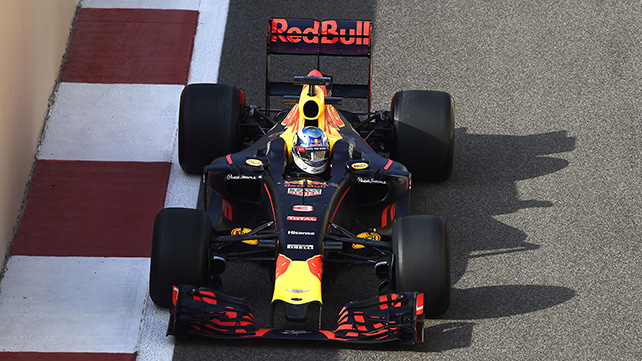 Six seasons have passed since the return of Pirelli to Formula 1® in 2011. Seasons full of sacrifice and satisfaction, repaid by the trusts of the drivers, mechanics and workers, who have been working together to enter a new era, beginning with the seventh consecutive season for Pirelli as the exclusive tyre supplier for Formula 1®.

2017 will be a revolutionary year in every way: new drivers and new cars, which have been completely redevised in terms of aerodynamics. For Pirelli 2017 is the year when everything gets bigger: the tyres will have a notably different look to the 2016 season: both the slick range and wet range will see an increase of 25% in width, moving from 245mm to 305 mm in the front tyres and from 325mm to 405mm in the rear. The size of the rims will remain 13 inches.

A new philosophy
The new dimensions determined by the 2017 regulations should reduce lap times by approximately five seconds compared to 2015.

The extra speed will be most evident in cornering thanks to the greater downforce of the cars. The expectations are that the new F1® cars will have at least 20% more downforce compared to the previous year.

Higher speeds when cornering place significantly more strain on the tyres, which have been completely redesigned, with new technology and solutions, as well as new tread designs for intermediate and full wet tyres. There's more: after the directives in recent years which required the tyres to provide intentional degradation, Formula 1® has embarked on a new path, asking Pirelli for tyres with less degradation and greater resistance to overheating for the latest generation of racing cars.

To ensure the best specifications, Pirelli created a testing program last year using the 2015 racing cars of Ferrari, Mercedes and Red Bull modified to simulate the required levels of downforce. During the 24 days dedicated to the development of the new tyre range in line for 2017, 12,000 kilometres were covered on five different tracks: Fiorano and Mugello in Italy, Paul Ricard in France, Barcelona in Spain and Abu Dhabi.

Italian technology worldwide
The true performance of the 2017 cars will only be visible after the first few Grand Prix races of the new season, and is likely to be even higher than in the testing phase. In order to carefully evaluate the effects of the new regulations, particularly from the point of view of the tyres, Pirelli will assign the same number of tyre sets for each of the three compounds to every team for the first five races of the new season.

The new 2017 tyre range for Formula 1® represents the pinnacle of ultra-high-performance Pirelli technology: a symbol of Made in Italy to be found on race circuits all over the world.