110 years from race to road

Those 110 years hardly show. Despite the fact that each of those years has been lived to the limit and with a firm conviction: that motorsport isn’t just about entertainment, but also – or above all – a way to develop products that can change the history of road-going tyres 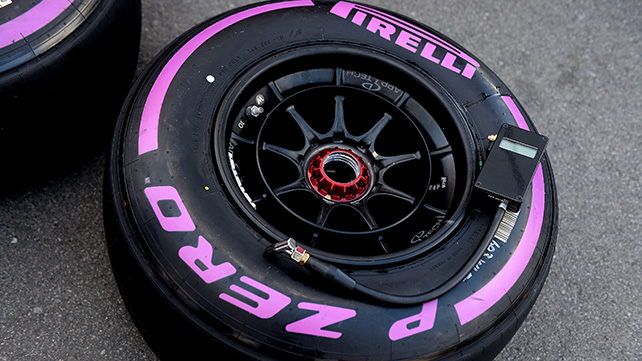 After Pirelli was founded in 1872, it gained a global association with motorsport in 1907, thanks to Prince Scipione Borghese’s victory at the gruelling Peking to Paris road race at the wheel of an Itala. A total of 16,000 kilometres through deserts, river crossings, forests, and fast gravel roads didn't affect the reliability of this mighty car and its Pirelli tyres.

THE EARLY DAYS. The years just before the First World War brought Pirelli a steady stream of success in motorsport. But it was in the 1920s that the golden era really began, with Monza hosting the very first grand prix in 1922. On this freshly completed track Pietro Bordino won in front of Felice Nazzaro. Their Fiat 804s were identical, as were their tyres: the Pirelli Superflex Cord. In 1924, the famous collaboration between Pirelli and Alfa Romeo began. And that heralded the start of a dominant era in grand prix racing led by the seemingly unbeatable Alfa Romeo P2; thanks also to some amazingly talented champions such as Giuseppe Campari and Antonio Ascari. The 1925 race at Monza was billed as the very first World Championship grand prix: once again the race was won by Alfa Romeo, this time with Gastone Brilli-Peri. He used the Pirelli Superflex Cord, which soon became known as the ‘tyre of victory’.

GAINING MATURITY. The 1930s were the years in which Tazio Nuvolari created his legend. In the 1930 Mille Miglia, for example, he deliberately switched off his headlights close to Lake Garda during the night in order to creep up on his team mate Achille Varzi and pass him. Nuvolari would go on to win at Monza as well, again using Pirelli’s Stella Bianca tyres, while his considerable reputation went from strength to strength. Meanwhile Pirelli was enjoying similar success with motorbikes as well. The Monocord was winning consistently throughout the second half of the 1930s thanks to riders such as Piero Taruffi: yet another champion who would achieve success on both two and four wheels.

THE CONSECRATION. The 1950s was when Formula 1® as we know it got underway. The first four world championships were all won by Pirelli: starting in 1950 with Giuseppe Farina and Alfa Romeo, on Stella Bianca tyres that were then modified and renamed Stelvio. In 1951 the legend that was Juan Manuel Fangio took his first title with Alfa Romeo on Cinturato tyres, which would also claim the championship with Alberto Ascari’s Ferrari in 1952 and 1953. But Pirelli was looking with increasing interest at racing cars that were more similar to road cars, for which it was developing ultra high performance tyres suitable for a variety of different uses.
In 1954 Pirelli won Le Mans with the Ferrari 375MM driven by Froilan Gonzalez and Maurice Trintignant. Three years later the Pirelli-equipped Maserati 450S triumphed in the hands of Fangio and Jean Behra at the Sebring 12 hours. At the end of the same year the Argentine champion took his fifth Formula 1® title, driving a Maserati with Pirelli tyres. And then Pirelli’s first era of grand prix racing came to an end.

NEW TERRITORIES. Competition as the ultimate research and development laboratory for road cars, a guiding principle for Pirelli, found a brand new playground in the 1970s with rallying. The P7, Pirelli’s first low profile tyre, and P Zero – which would lead to an entire family of ultra high-performance tyres, still recognised today by the same name – took hundreds of national and international successes right up to world championship level.
Several unforgettable victories passed into legend including those claimed by Sandro Munari with the Lancia Stratos at two Monte Carlo rallies in the 1970s, as well as the wins celebrated by Markku Alen with the Lancia 037 in 1983 and 1984 on the rapid asphalt of the fearsome Tour de Corse. This success story was added to in 2008 with yet another title celebrated by nine-time world champion Sebastien Loeb for Citroen, as well as countless other wins for Italian rally drivers. These were not just in national events but also at the highest level: such as those claimed Franco Cunico and Piero Liatti, who won the world championship Sanremo Rally in 1993 and 1995 respectively.
But different territories didn’t just mean rallies and other circuit successes. In the 1970s and 1980s the motorbike market also saw some huge transformations. Pirelli’s involvement in two-wheeled competition went in a new direction with motocross, enduro and cross-country, involving more and more teams and riders.

FROM 2000 TO THE FUTURE. The dawn of a new century further enhanced Pirelli’s involvement in motorsport throughout every continent. Starting in 2004, the Italian firm’s presence on the World Superbike Championship began: an association that is now in place until at least until the end of 2018, forming something of a record when it comes to enduring partnerships in motorsport. The slogan ‘we sell what we race, we race what we sell’ remains the centrepiece of Pirelli’s presence in motorbike competition.
But the new century also meant a new direction in Formula 1®. Pirelli returned to Formula 1® in the 1980s, racking up several important victories such as Nelson Piquet’s win at the French Grand Prix in 1985 and Gerhard Berger’s triumph in Mexico in 1986. The F1® tyre back then was the P7: a name that was already closely associated with competition. It was the P7 on which Ayrton Senna made his Formula 1® debut in 1984, driving for Toleman. In those days, Pirelli equipped teams such as Lotus, Brabham, Arrows, Osella, Fittipaldi and Minardi. As the 1980s merged into the 1990s, the increasingly competitive Benetton team also joined the Pirelli family and it was on Pirelli P Zero rubber that Michael Schumacher started only the second grand prix of his illustrious career at Monza in 1991. In the same year, Piquet took the P Zero-equipped Benetton to victory in Canada. Pirelli left Formula 1® at the end of the season to concentrate on other series such as the IMSA championship in America, winning in 1995 with the Ferrari 333 SP, and then again the next year with the Riley & Scott driven by Wayne Taylor. Pirelli’s return to Formula 1® was announced in 2010. The following year the Italian firm was already racing with its new P Zero range characterised by six colourful sidewall markings: four to denote the different slick tyres, plus green and blue to indicate the intermediate and wet compounds. From 2016 there was a seventh colour: purple, to showcase the ultrasoft tyre, which became the softest compound of the range. In 2017, the third of Pirelli’s trio of three-year supply agreements begins, and the target moves once more with the introduction of new and wider tyres in accordance with the latest regulations that prescribe significantly more downforce. The tyres get wider by around 25% compared to previous years, with the objective of increasing the contact patch and cornering speeds, which should be a lot faster this season. And so the future begins already.