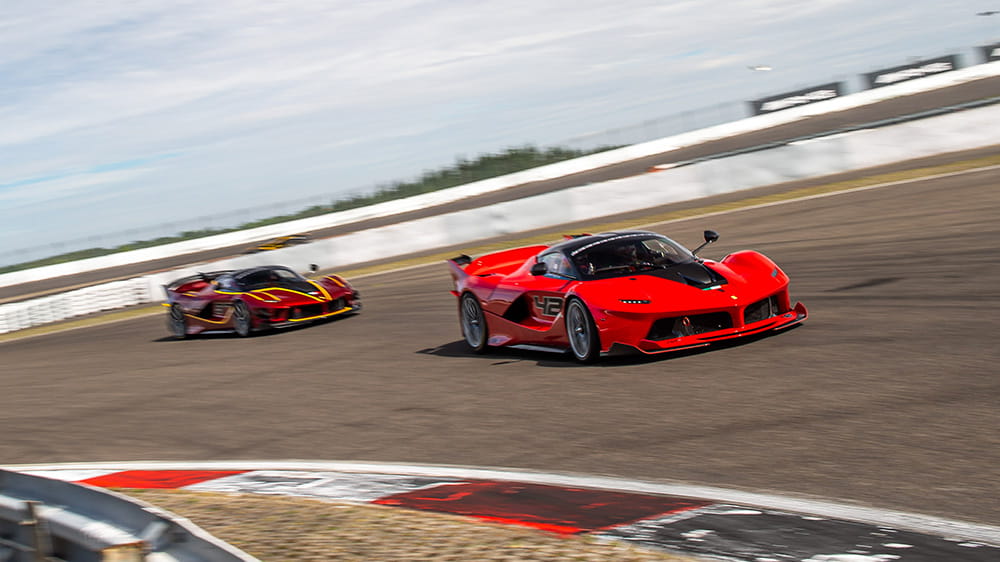 From Bahrain to Mugello, days that are 100% under the banner of the “Maranello Cavallino”, with Ferrari fans everywhere and Pirelli tyres on every single car, including the safety cars. There are Formula One Clienti, Ferrari Challenge and XX Programmes cars carrying the fondest and most enthusiastic Ferrari customers onto the track and Pirelli has been part of them for long enough to start achieving some goals: 8 years and 10,000 tyres have passed since the first edition of the XX Programmes marked with the P Lunga logo. And we haven’t stopped counting.

The XX cars are derived from road-use Ferraris which are already extremely powerful in themselves, and converted for sole use on the track. Since 2011 Pirelli has accompanied the car marque from Maranello in this shared project with loyal customers of the Cavallino. Eight years which, since the very first edition through to the weekend appointment at the Nürburgring, have come to a head in the form of a number: tyre number 10,000 of those produced for the XX Programmes was exhibited at the Ferrari Racing Days on the Nürburgring, since Pirelli became the sole supplier.

The joint Pirelli-Ferrari experiment has already led to substantial results. The latest news to début at the Nürburgring is the new tyre developed for the XX Programmes: the intermediate Cinturato was devised to tackle less favourable conditions, when the temperature has dropped or humidity jeopardises the driver’s safety: the structure of the slick tyres has been supplemented with a directional tread design and the blend was devised to ensure greater grip on wet terrain.

THE BEST TECHNOLOGY FROM THE BEST IN MOTORSPORT

FXX, FXX EVO, 599XX, 599XX EVO, FXX K and FXX K EVO: derived from the Enzo, 599 GTB and LaFerrari, respectively, these cars underwent a treatment worthy of racing cars in order to transform them into technological laboratories. Customers receive a detailed briefing from Ferrari technical staff concerning the circuits, telemetric analyses, the support of professional drivers and testers with whom to test the track just as though they were spending a weekend at a F1 Grand Prix. The bond between the XXs and Formula 1 is evident from several perspectives: for the development of the FXX K EVO, the engineers in Maranello exploited Scuderia Ferrari’s simulator which is normally used for the single-seater cars in their top series, like the P Zero tyres used in the XX Programmes feature many similarities with the P Zero tyres used for Formula 1.

Read more
Related Stories
Pikes Peak,
climb every mountain
race
The rookie
and the expert
race
At the very limit.
And beyond
race
MOST READ
Jacques Villeneuve,
the rising and setting of the son